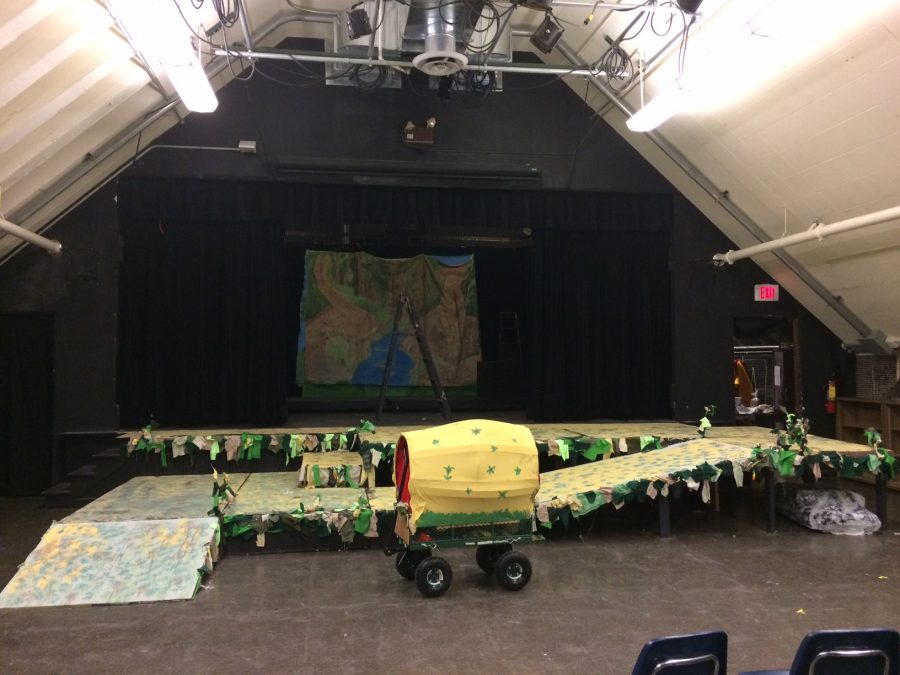 This week, Uni Fine Arts will be performing the musical Wind in the Willows. It will be performed on Wednesday, Thursday, and Friday at 7 p.m. and on Saturday at 2 p.m.

“Come and follow the adventures of Toad and his friends as our hero pursues every crazy notion that catches his fancy. It fun and fast and exciting, and musical,” Guyotte wrote.

On Tuesday there was a special performance for the children from Dr. Howard elementary school. They came to Uni and watched the musical in the morning.

“During second period they’ll [Dr. Howard students] come over and (…) they’re going to watch it because it was originally a children’s book,” says Grosse-Perdekamp.

Overall, the musical is coming together well and will be ready to be performed for the Uni community on Wednesday evening.

Grosse-Perdekamp commented, “We’re doing pretty well on our lines and everything. I think it’s coming together pretty well.”

Tickets are $8 and are for sale in the office.