“A redirection” is how Fing describes the changes being made to Big Show this year. The changes would lead to more auditioning for more variety in Big Show, where talents such as dancing and singing will be more prevalent. Fing and thespians are looking to make the show like
Saturday Night Live, with skits and music. The directors will be chosen by the Stud Prod organization. Big show will still occur near the end of the year, but the exact date has not yet been confirmed. 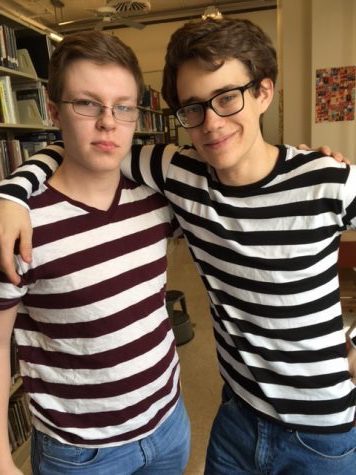 While the directors are yet to be chosen, John Harden and Ethan Simmons, two very prevalent figures in Big Show, said they discussed the changes when they were made and “originally there was a lot of outrage about what it could mean for the future of big show (…) we had this bad vision of it being this Ed Sullivan variety show,” said Harden. The Ed Sullivan show was a mix of different talents that could have opera singers and improv. comedy. This metaphor hits the nail on the head with their interpretation of what they don’t want it to become, “ we don’t want various people coming on and doing lame stuff like balancing plates, we were almost rebellious.” The Ed Sullivan show is not the only program they don’t want to be to become; the Habitat Variety Show also falls around the same time of year.

Fing said, “Since X-Week is our school’s biggest money raising week we want to include as many students as possible through as many talents as possible.” The auditions will begin before X-week. Fing doesn’t want the Big Show to only include the director and the director’s friends in the sketch. John Harden said that he knows that the comedic prowess of Big Show will draw an audience and a cast but it will be much harder to involve music and dance. Harden was honest about the audition process if he were to be director. He said, “I’m glad to include new people to Big Show, but if there is no talent then they won’t be casted.”

Another issue that Big Show is facing is the professionalism. Last year many of the actors were not showing up to the rehearsals regularly, which brought down the production value of the show. Although Big Show is run by Stud Prod and not Fing, he wants a “show with direction” not the lax show that it was in 2015. Harden and Simmons also agree with what Fing is saying as they want a fun but professional Big Show as well.