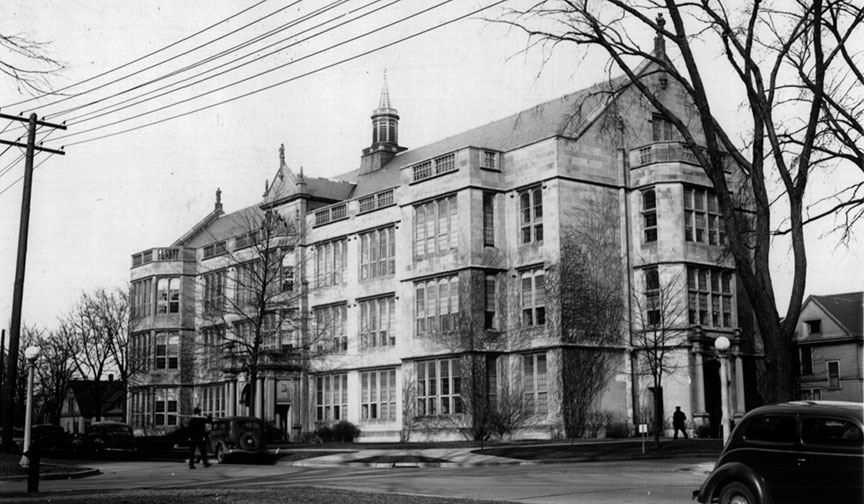 The beloved Uni High building has been standing for close to a century. Some parts of the building have been renovated in recent years, while some look much the same as they did back in the 1920s. Throughout Uni’s existence, the administration has adapted the learning environment to best suit students’ needs. However, these renovations have been few and far between with the ever-present problem of limited budget. It is no secret that the school building is quite deteriorated and in dire need of repairs. There are many features that students would love to see implemented into the building, but what exactly can they expect?

The History of Renovations

As many students know, Uni has remodeled rooms and updated technology in fairly recent years. Dr. Majerus noted certain updates that have happened in her time instructing at Uni, such as remodels to rooms 218, 109, 106 north, 106 south, the chemistry lab, and most recently the kitchen. She also mentioned significant technological progress that Uni has made over the years, specifically the introduction of school laptops. The access to laptops “started with the teachers,” allowing them to project onto screens across the school. This program eventually evolved into the current 1 to 1 student laptop program present at Uni.

There are many aspects that are taken into consideration by the administration when it comes to remodeling. Building needs and funding drive the majority of Uni’s decisions in this field. Majerus has not yet made any renovations in her time as Director, but she singles out budget as the determining factor for remodeling. She discussed donations as the main source of money for renovation projects, specifically the Innovations in Learning fund, which helped pay for 106 north, 106 south, the chemistry lab, and the kitchen. The other greatest factor is necessity, as Majerus stated, “part of it is just need.” For example, she explained that the chemistry lab was completely redone because it was extremely old and had the greatest need for renovation out of all the science departments.

Majerus has ambitious plans for the Uni building in the coming years. Past administrators had considered giving up on the building and relocating, but she has resolved to invest in this building. The renovations that students can look forward to in the next few years are replacements of the current windows and a brand-new Kenny gym floor. But that is not all, the long-term plans are much more exciting. Dr. Majerus shared her hopes for the future of the school, saying “ultimately, we’d really like to have the whole building retrofitted to make it more energy efficient, and then build an extension.” This project would cost an estimated 50 million dollars to execute, but the administrators are actively working to achieve this goal. As of now, there is no definite timeline for this project, but the school has submitted a proposal to the University and these remodels are on their ten-year plan.