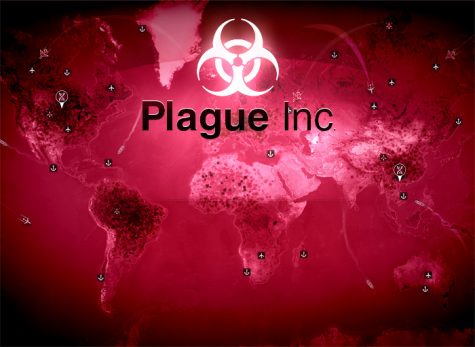 Plague Inc. is a mobile strategy game on iOS and Android in which you control a pathogen, evolving and adapting the disease’s characteristics so that it infects and wipes out the world. You can play as various pathogens like viruses, bacteria, fungi, prions, and bio-weapons, which emulate many real properties of the real-life pathogen(Viruses rapidly mutate new abilities, fungal spores struggle to spread over long distances, etc.). Your disease also reacts to different environmental factors of geographic regions, so you have to develop traits in your disease to adapt to different environments like rural, poor, cold, arid, etc. There are many complex strategies you have to consider such as infecting as many people as you can while keeping the lethality low so it goes unnoticed so the cure remains undeveloped until it is too late. The variety of pathogens you can play as and the different ways to design it can offer hours of fun gameplay.

Besides the basic virus modes, you can also unlock several situations to play in Plague Inc. These situations all feature unique circumstances to make the game more interesting. One scenario features an ancient frozen pathogen that just resurfaced, another scenario makes the humans turn into zombies rather than dying. With dozens of scenarios like these waiting to be played, you have plenty of potential gameplay.

We know that playing Plague Inc. right now might hit a bit close to home considering our current predicament with COVID-19, but it’s still a fun game worth trying out. As you learn how viruses mutate and spread throughout the game, you might even pick up a thing or two that you could use in real life. For example, you might learn how a virus can effectively mutate into a contagious world-wide pathogen, not unlike our current Coronavirus.

Plague Inc. also has a decent online meme culture, as most people have played it before. There are plenty of ‘inside jokes’ to be shared about Plague Inc. such as Greenland, Madagascar, or sudden organ failure. All things you will come to understand through playing the game.