This is a segment which will post a new update every few days for the next two weeks with more TV shows.

Outside of online classes and homework, there’s little to do these days with all of us stuck at home and self-isolating. Therefore, this is obviously the perfect time to catch up on all your favorite shows and binge watch a couple of new ones! Below are five TV shows that I recommend and where you can watch them.

Where To Watch: Stream the first two seasons with a Hulu subscription or purchase through Amazon, iTunes, Google Play, XBox, BBC America website and app

This drama tv show follows the two stories of a detective named Eve and a murderer named Villanelle and how their stories become intertwined. Honestly, if I tell you any more details, it’ll ruin the show. Personally, I’ve never really been a fan of crime or thriller shows, but Killing Eve is an exception. Frankly, the show is phenomenal and absolutely addicting, with a great cast, ingenious plot, and wonderful writing. If you don’t believe me, believe the Primetime Emmys, Golden Globes, BAFTA, and Screen Writers Guild Awards, as the show has won at least one award at each of these events in its (so far) only two season run. If you’re not a fan of watching violence, I wouldn’t recommend it, but if you don’t mind, get caught up soon, as Season Three premiered on BBC April 12th.

Buffy the Vampire Slayer – and also, the spin-off series Angel! 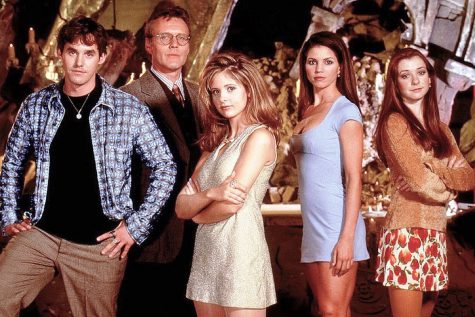 Where to Watch: Stream all seven seasons of Buffy and five seasons of Angel with a Hulu subscription, available to purchase on Google Play or iTunes

Buffy the Vampire Slayer – the late 90s and early 00’s supernatural teen TV show is a classic that was a huge influence on the structure of many tv shows you see today. With a brilliant cast and unique characters, it’s a joy to see them grow over the course of the show. Buffy has it all: high school, vampires, witches, werewolves, demons, great character arcs, witty jokes, and even one of the first lesbian couples on TV. If you can get past some of the questionable 90’s special effects, it’s definitely worth a watch. Plus, there’s seven seasons, each with over 20 episodes that are 45 minutes long – and once you get through that, there’s also the spin-off series, Angel, with five seasons. With minimal spoilers, Angel follows some characters that leave Buffy after season 3 in their adventures in Los Angeles. Watching Buffy and Angel is definitely a great way to use up all the free time that comes with being stuck indoors.

One Day at A Time 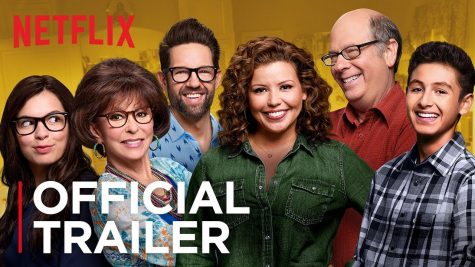 Where To Watch: Stream the first three seasons with a Netflix subscription, and then catch up on the season 4 episodes on Pop TV’s website by logging in with your cable provider

One Day At A Time is a re-imagining of the 1970s sitcom of the same name with a Hispanic family of three generations living under the same roof. Not only is it hilarious, but it also has many heartfelt, warming, and inspiring moments as it tackles heavy topics like coming out, mental illness, and racism with sensitivity and honesty. In my opinion, Schneider, the landlord, and Lydia, the grandmother, steal the show every time. This show got cancelled by Netflix after its third season, but luckily got picked up by Pop TV and just started its fourth season – when you’re done catching up on its appearance on Netflix, be sure to check out the new episodes on Pop TV’s website. 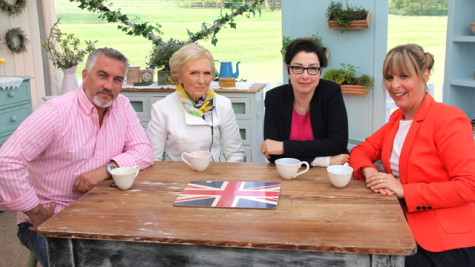 Where to Watch: Stream seven “collection” series with a Netflix subscription or watch some seasons on the PBS website for free.

This is, by far, the most wholesome cooking show in existence. British baking enthusiasts bake in a tent and are judged politely on their baking abilities by professionals while the hosts make small jokes and laugh with the contestants. Not only is this show super relaxing, which is great for this very stressful time, but it will also make you very hungry and, if you are able to, inspire you to bake a ton. Obviously, as this is a reality TV show, you can start with any season, but I personally prefer the older ones with Mel, Sue, and Mary Berry – Season 3 is my favorite season hands down, with my favorite contestant.

That’s all the tv shows for today! Hopefully that’s enough hours and hours of TV to entertain some of you for the next week. I’ll see you next time with four new tv shows to watch.