So you don’t know much about “OK boomer” and you want to understand what your friends/students/social media pages are saying? (Or you really should be studying for that calc final but you’re not). Perfect! Prepare to be educated.

“OK boomer’s” specific origin is unknown. According to KnowYourMeme, it back to a 4chan user’s comment on September 3, 2015, four years before the meme became popular. On January 14, 2019, the “Ok R-tard Doge” was edited to say “OK boomer” instead. In July, various SoundCloud rappers made songs titled “OK boomer”, which shot to fame on the viral app TikTok. However, OK boomer didn’t hit peak popularity until November 2019. Or maybe it hasn’t hit its peak yet. Who knows.

On November 4, 2019, 25-year-old New Zealand Green Party parliament member Chlöe Swarbrick responded with “Okay, boomer” to an older member heckling her, as she was attempting to speak on the urgency of climate change. 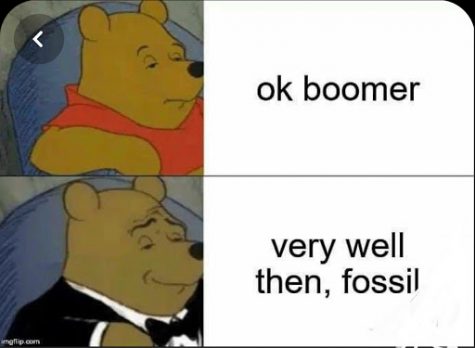 When speaking in a literal sense, “boomer” refers to a member of the Baby Boomers – the generation born sometime between 1946 and 1964. 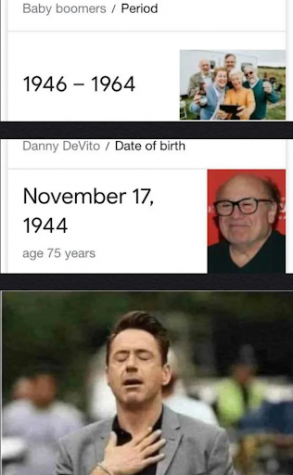 In a less literal sense, “boomer” can be anyone who expresses a sense of “old age”. It could be a 65-year-old who thinks climate change is a hoax, it could be a parent talking about how “back in their day, they didn’t do ____”, it could be a kid in the grade above you bragging about their merit in applying to colleges, heck, it could be a 12-year-old babysitter trying to get those squirmlings to calm down already.

In general, “OK boomer” mostly applies to senior citizens and people of authority who just want to have things their way. But much of the beauty of the meme is in the creativity. 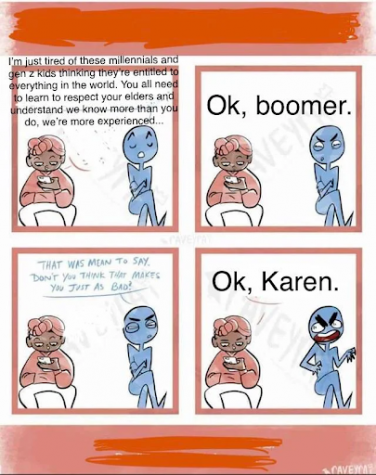 If you want some good “Ok boomer” memes, Reddit is one of the best options. Search “r/okboomer” in the search bar. You can also search on twitter for #okboomer or OK boomer-specific accounts.

Much of “OK boomer” is also through speech and comedic timing. Maybe you’re not Chlöe Swarbrick, but surely someone in your life, old or not, is bound to say something insensitive and just plain stupid (not to mention uninformed).

And of course, you can look around in the French room. 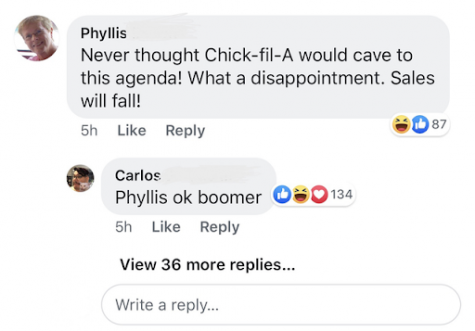 Is “OK boomer” ageist or generationist? Well, if taken literally, it is targeting a certain generation. Then again, the intention is humorous, so could we determine that no real harm is meant by this meme? And what is “real harm”?

And yet, it’s pretty common to know that with each new generation, there is a whole brand of newness and almost always a generation that’s not so keen on it. Parents and grandparents of the ‘20s probably didn’t approve of their daughters getting shorter skirts or bobbed hair. Those of the ‘50s likely weren’t huge fans of Elvis. Nor were those of the ‘80s super game with The Simpsons. This is a pretty common narrative – youth wanting to push the boundaries of a humdrum-filled routine set up by outdated ideals. 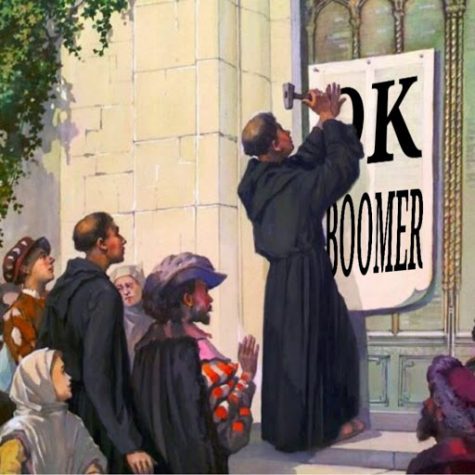 This notion is, however, quite ironic, as we credit the Baby Boom generation for the many civil rights movements that came with the 60s and 70s. Also, it isn’t best to assume intention based on age. 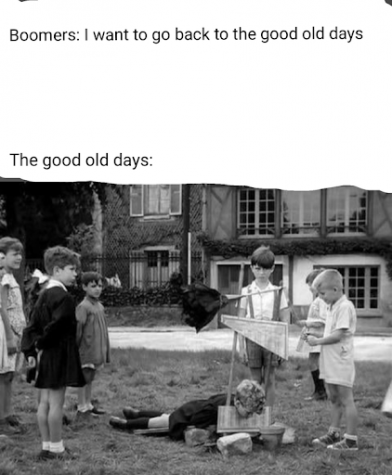 I interviewed a few Uni teachers/faculty on their knowledge and opinions of “OK Boomer”, and here’s what they had to say…