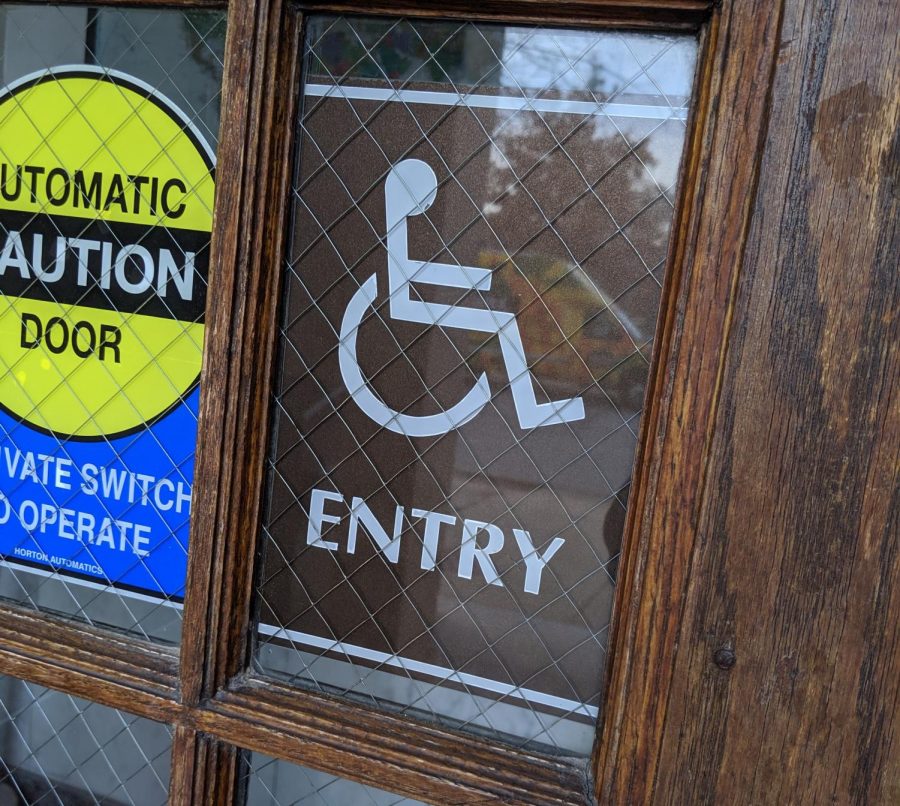 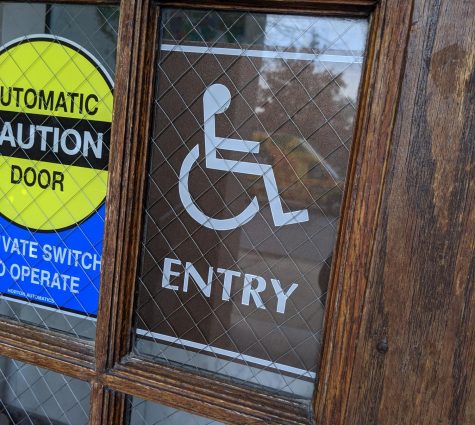 Uni’s racial and socioeconomic diversity often gets brought up in discussions, but many people overlook a less-talked about metric of inclusivity. Since Uni has had few students with disabilities, this topic doesn’t come up often. However, it’s good to look at Uni through the lens of accessibility to make the Uni environment the most inclusive it can be. The general consensus is that Uni teachers and students are very supportive and accommodating when a student has special needs, but some problems with the Uni building can make it harder for students with mobility issues.

Sophomore Brooks Hu was recently on crutches due to a sports injury.

Hu says, “Before my injury, I would just move freely, but with crutches I had to limit my movement”.

Teachers were willing to support his needs while injured, letting him put his leg up during class and leave his backpack within reach. While many teachers and students accommodated his needs, the biggest problem he faced was the amount of debris in the halls.

“I had to watch where I was walking a lot because if I caught one of my crutches on a jacket, it would just slip. For the most part it was okay, because students were more or less looking out”, says Hu. Luckily, Hu had no classes in Kenney, so he didn’t have to make the trip back and forth every day.

Brooks had been relying on the Uni elevator to take him from floor to floor every day, rather than brave three flights of steep stairs with crutches. During a recent fire drill, Hu couldn’t use the elevator (since it wouldn’t be safe if there were an actual fire), so one of his friends offered to carry him down himself. Luckily, a teacher stopped them and let him stay on the third floor, but it would have been dangerous had the fire been real. If necessary, Hu says he could have hopped downstairs.

However, Uni administrators are taking steps to improve the building for everyone. Most recently, administrator Mike Adams concluded a project to update Uni’s entrances. Ramps and automatic door openers were installed over the summer, making two out of three Uni entrances wheelchair-accessible.

A good benchmark for accessibility is how well a building complies with the Americans with Disabilities Act (or ADA for short). The ADA is a law written in 1990 which prohibits any kind of discrimination against disabled people. In this case, Title III of the act applies, since Uni is a school and therefore a public accommodation.

Uni has a lot of issues here, since the Uni building was built in 1917 without taking into account special-needs students. Any century-old building is bound to have some issues, and Uni is no exception. It’s exempt from many ADA regulations because of when the building was built, but it can still create a lot of problems for students (especially those with mobility issues).

Assistant Director for Business Operations Mike Adams said Uni’s thick doorways are “something we’ve been trying to find a solution for for several years”, since they are set so far back that they’re difficult for wheelchair-bound students to access. Classroom doors tend to be heavy and close quickly, but are often propped open. Also, there are no Braille labels by doors anywhere except for the elevator.

For instance, Majerus described a past student of hers who was deaf and needed teachers and other students to face her so she could read their lips. This student had cochlear implants, making her need less help that she would otherwise. Another student was visually impaired, so Majerus printed out assignments in large type for her and made sure slideshows were visible.

Majerus thought that Uni does a good job helping students on an individual level, but could do more systematically. She said the case-by-case approach could be improved by “thinking about all the ways that students in the future might need accommodations, and solving problems before they’re currently issues”.

Something both Adams and Assistant Director for Student Life Karl Radnitzer mentioned is the need for students to communicate their needs with faculty. Adams said, “The problem is if we’re not aware of it, it’s impossible to address. There are kids that may not identify or communicate the disability, and if we’re unaware of it, we can’t do anything about it.” Radnitzer agreed that faculty members can only do so much until they’re informed of a student’s disability.

Radnitzer says that he and other faculty members are very willing to cooperate with a student’s IEP or 504 plan once they are aware of it.

An IEP plan is a plan which basically lays out a student’s unique challenges and what special needs they have, what their goals for the year are, and how the school can accommodate them. It goes into a good deal of detail about what exactly the school and the student need to do to accomplish this, and is run through the student’s home school district. IEP plans have to be evaluated and reviewed annually.

A 504 plan is similar, but slightly less formal and comprehensive. 504 plans can be used temporarily or as needed, instead of just annually. Students usually have one or the other, but not both. A student with either of these will meet once a year with faculty to discuss the plan and how to implement it throughout the year.

As to the school environment towards disabilities, Adams says, “Uni tends to be a more open, understanding, and accepting place”. While Uni may not have started with the most disability-friendly environment, we’re taking steps to change that all the time.