Uni High Theater has big plans for the Spring semester 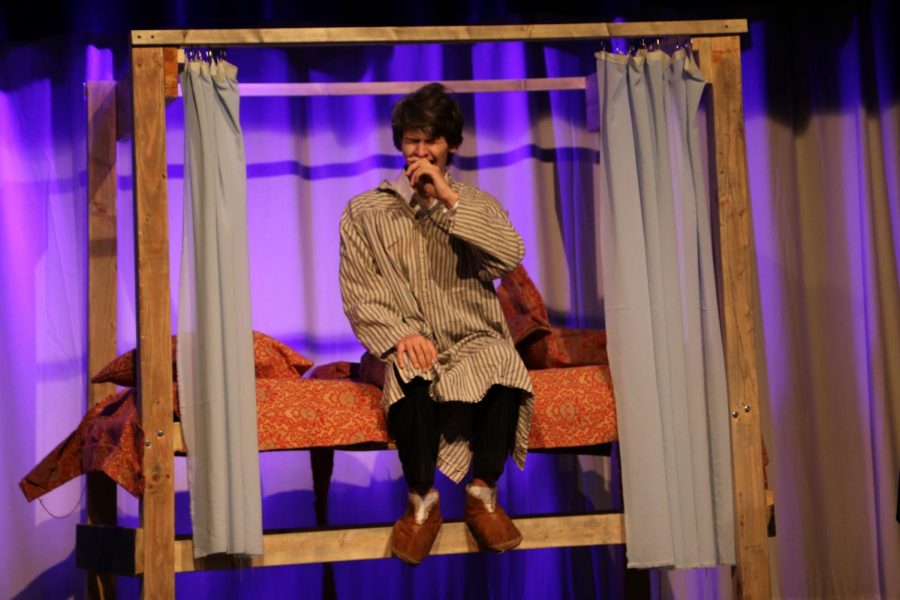 The Uni High Fine Arts Department usually puts on 4 productions a year: a straight play in the fall, StudProd (student productions) around Thanksgiving, a musical in the early spring, and the Thespian Performance at the end of the year. Uni Theater is always looking for new people to join and help with productions; there are many ways for people to get involved, even if they’re not interested in being onstage, such as joining the run crew and pit orchestra.

Chris Guyotte, who is in charge of most of Uni’s theater productions, encourages anyone who has any interest in theater to audition or get involved.

“I consider students for roles as soon as I meet them as subbies.” Guyotte said in an interview.

This year, Uni put on an extra theater production, A Christmas Carol, at the end of the semester with performance dates December 4-7. The spring musical this year is George Gershwin’s Crazy For You, and audition dates are Friday, December 13 during Uni Period and after school. The performance dates are set for February 26-29.

An option for students who might be interested in theater productions but are wary about being onstage is for them to join crew. Tech crew members manage lights and sound and set crew members are behind the scenes monitoring the set and props. Senior Elizabeth Rienstra talks about her experience with tech and how interesting it is to work behind the scenes.

“You do things people can’t see but it totally changes what happens in the show.”

Rienstra also says that the backstage crew is able to help manage any disasters that go on behind the scenes, from costume changes to broken props.

“Once a door broke and a poor crew member had to stand there and hold the door.” She recalls, saying that crew members do “basically anything that’s not acting”.

Another way to get involved is through music in the productions. The pit orchestra is responsible for live music in the musicals and other performances. Senior Anya Kaplan-Hartnett says that this is a great way for students who are interested in music and theater to get involved without having to be onstage. She likes that it also provides a different musical experience than the one offered during orchestra.

“I like the environment of being in the pit, it’s dim and pretty quiet. When you play, it’s not a massive orchestra sound so it feels very different than normal orchestra.” Kaplan-Hartnett said.

Of course, students can always join theater to perform. Sophomore Serenity Lilly says that her experience with in theater has been a great opportunity to learn a lot and make new friends. Her favorite part about performing in theater productions is developing her character.

“Fing guides you and tries to help you understand your character and what they’re feeling. You learn about how to act but more about yourself, too.”

Uni Theater has a busy schedule for second semester for anyone interested in participating or coming to a show.