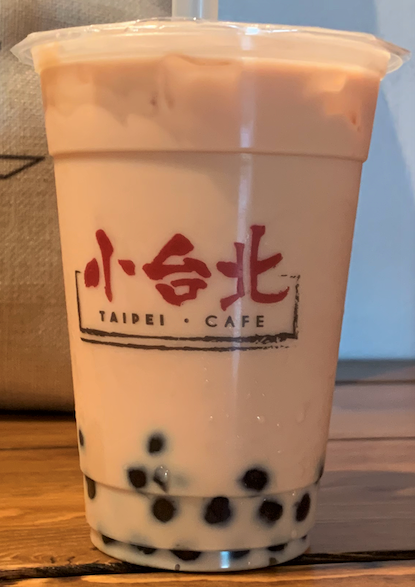 Bubble (boba) tea has been a popular trend recently, with bubble tea places opening all around campus. We tried six popular places to find the “best” house milk (original) bubble tea on campus (Tsaocaa, Teamoji, Taipei, Kung Fu Tea, Latea, all near Green Street, and Bearology on University Avenue) based on flavor, price, quality of boba, and customizability. 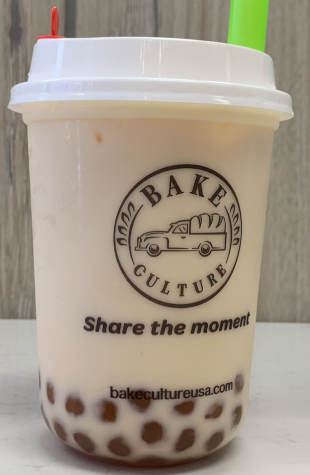 Tsaocaa did not have a traditional “house milk tea” so we tried their “Jasmine Milk Tea”.  Their medium was somewhat small and also had a weak tea flavor, however, it is still a good option for those who prefer a sweeter drink.  Meanwhile, their amber boba was soft, big, and chewy. Additional add-ons included an assortment of jellies, honey aloe, oatmeal, red bean, popping boba, and pudding.  They also have lactose-free options as well as sugar and ice level customization. 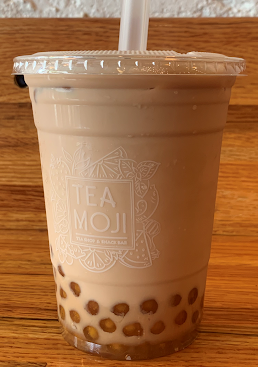 The drink was both strong in tea flavor and sweetness. They offer 7 different toppings including golden boba, Oreo, pudding, red bean, 3 different flavors of jelly, and cheese float. The boba, however, although still big and chewy,  had a slightly hard center as though it wasn’t fully cooked through. They additionally offer the option to customize levels of ice and sugar, but they do not have lactose-free options. 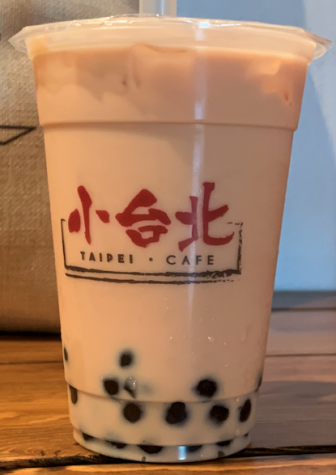 Their bubble tea had both a strong tea flavor and sweetness like Teamoji, but at a lower price. They also offer lactose-free options and have options to customize levels of ice and sugar. Their boba was well cooked through, big, soft, and mushy, and they offer 5 other different toppings including red bean, 3 different flavors of jelly, and pudding. 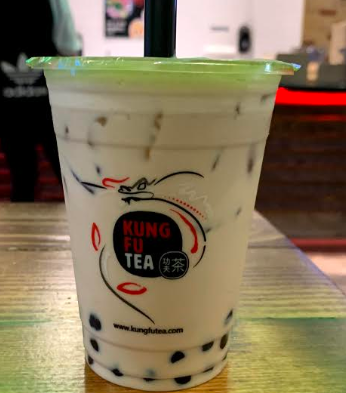 The milk tea had great flavor, with a strong tea taste and sweetness, while their big chewy boba was even almost sticky. They use lactose-free milk for all of their products, and also offer the option to customize ice and sugar levels. Additional add-ons included: an assortment of jellies, puddings, and popping boba. Their bubble tea was very similar in quality to Taipei Cafe, however, Kung Fu Tea’s was slightly more expensive. 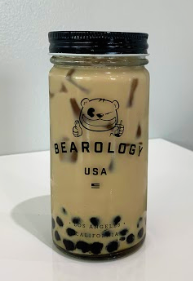 Bearology was unique, being the only place not located on Green street, and serving their bubble tea in a glass jar. The milk tea was on the sweeter side rather than having a strong tea flavor. While the jar does not allow as much drink as other places, two add-ons are included with your drink, the options being boba, lychee jelly, aloe jelly, and chia. Ice and sugar level customization was available as well as lactose-free options.

It had a strong tea flavor and little to no sweetness. However, we noticed that there was a layer of creamer on the top and sides of the tea as well as the boba, which were also smaller than the ones from other places and also had a slightly hard center. They do not have any lactose free options, however, they do provide the option to customize sugar and ice levels and have add-ons in addition to boba such as jelly and pudding.

Taipei incorporates both strong and equal levels of tea flavor and sweetness that ultimately create an excellent flavor with their boba additionally being big, chewy, and soft.  Their price was also the cheapest at $3.50, and they offered a bubble tea that was just as good as Kung Fu Tea (4.25) and Teamoji (3.75).

However, there are still many great places that are worth trying out with Tsaocaa and Bearology being good if you prefer a bubble tea with less intense tea flavor and a sweeter drink. Kung Fu Tea and Teamoji, similar to Taipei, offer strong and equal flavoring of tea and sweetness, although for a slightly higher price.