“The highlight of the season for the girls’ team was making it to State,” said senior Anika Kimme. “We had been in 2A for the past two years, just because in 2A the schools are so much larger than us, so it was really hard for us to compete against them.”

At IHSA Sectionals, the girls’ team placed fourth, which qualified them as one of the five teams from the Sectional to advance to State.

“All of the girls on the team except for me had never been to State, so that was our main goal and we met that,” said Kimme.

The girls’ team was also able to claim another major accomplishment on the season.

“We really wanted to take back our Twin Cities title, which we hadn’t won for two years,” said Kimme.

The girls’ team placed first at the meet, proving themselves as the top team in Champaign-Urbana.

Runners like Danbi Choi exemplified the sacrifices the team made for each other and contributed greatly to the team’s success.

“She was our second runner, and she got injured halfway through the season and was out for a month,” said Kimme. “She came back to running for Sectionals. She was limping, but she ran anyway, so I would say that was a pretty big sacrifice because she wasn’t completely healed.”

The boys’ season also proved to be a tremendous success.

“This year was probably one of the best years in Uni’s cross country history,” said junior Nicolas Ramkumar. “If you compare absolute final times and not just placement within the state, this is probably the second or third best team we’ve ever had.”

Runners like Aryan Lalwani showcased the hard work necessary to achieve the heights the boys’ team reached this season.

“Aryan definitely stepped up this year. He dropped an insane amount of time, and that top twenty place at State, we definitely did not see that coming. He did a really good job of stepping it up and taking that top spot on the team,” said Ramkumar.

The boys’ team was also able to achieve another goal by placing above Monticello at IHSA Regionals.

“We had a lot of meets against Monticello, which is another highly ranked team, so we were trying to get as close to them as we can,” said Ramkumar. Monticello ended up finishing third at State.

“We have pasta parties before every race, and we do team bonding when we all go to Curtis Orchard,” said Kimme.

The girls’ team also used friendship bracelets and hats to display their camaraderie.

“This season has just been a lot of fun,” said Ramkumar.

“We’ve gotten a lot closer as a team this year since the boys’ team started doing a lot more team bonding this year. For example, we did Pumpkin Run this year, which is basically just a little skit you do with whatever you find lying around, and you use that to put together a skit with a pumpkin you carve out,” said Ramkumar.

This team spirit led to better performances in addition to loads of fun. “In races, we definitely know that every person counts, so even though you’re running your race individually, and you don’t necessarily see your teammates while you’re racing, every person you pass counts in terms of points for the team,” said Kimme.

The future is bright for both teams. The girls’ team only loses Kimme, while the boys’ team returns their whole team. In addition, the girls’ team will take in a strong group of subbies, including Kate Ahmari.

Kimme went on to say, “I think everyone’s motivated to work even harder next season, so the future’s definitely bright for the team next year.” 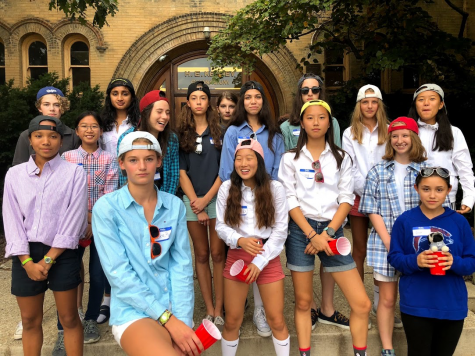 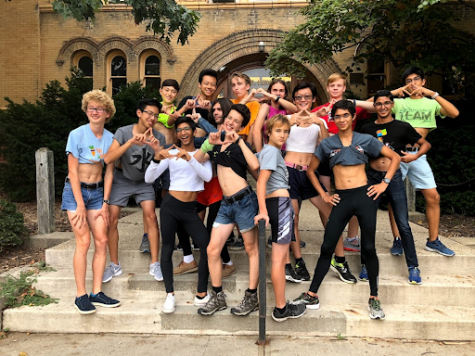