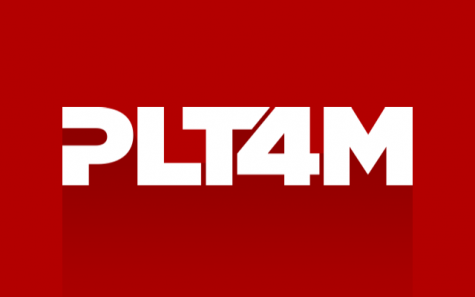 The juniors in sixth-hour PE are serving as ‘guinea pigs’ for PLT4M, a new app that may be implemented in the Weights class.

PLT4M has a “vault” of exercises with explanatory videos, ways to log one’s testing results and maxes, and different workout curriculums. Most of the exercises can be done with little to no machines or equipment. The app can be accessed on computers, and there is also a mobile app for students.

Last school year, the PE department went through the Shedd review process, a yearly event in which one department is evaluated. Experts from the field assessed the department, and the department also got feedback from current students and alumni.

Some of the main recommendations were to use more technology and better track the PE department’s data for fitness testing and strength training.

“I think it was pretty disorganized,” says junior Christelle Seri, one of the students now using PLT4M. “A lot of people were trying to get to the same machines…. A lot of the time, you just do the same thing over and over again.”

Bicknell expects that with the new changes, many of the machines will be moved out of the weight room. “Those things are so inefficient, you use one muscle group at a time, while you’re sitting, almost like you’re on a couch,” he says. “You can have a great strength-training program without a bunch of things you sit on.”

Instead of sitting on machines, the sixth-hour juniors are now using PLT4M.

Bicknell thinks it will help students “take control of [their] own personal fitness” since “the information’s not controlled on the spreadsheet on the server that only the PE teachers can access. The information’s in your hand, and you can do with it what you want.”

He says it’s also “kind of nice on the teacher’s side”.

Additionally, fitness testing results are currently written on paper and then later entered into spreadsheets. That is where the most change will be seen in PE over the next couple years.

“Subbies starting next year won’t know anything different,” says Bicknell. But, “they’ll have [a PLT4M] account. [During] fitness testing, when they’re inputting…they put it in themselves.”

In the future, Bicknell hopes PLT4M will help younger students learn exercises and skills so they’ll be ready for Weights in junior year.

Right now, though, Bicknell and the sixth-hour juniors are still getting used to PLT4M.

“It’s tough, because a lot of it’s new,” says Bicknell. “[I] was hoping that once a student watched a video once, they would get it and remember it, but I’m finding that that’s not the case.”

Seri thinks PLT4M brings some much-needed organization to Weights, but also believes “there should be more separation, because there’s activities that can be done outside the weight room, but we do too many exercises inside the weight room, and there’s a lot of people who are waiting again.”

Others miss how Weights used to be.

Now Freund thinks Weights is “too constricting”. Before, he says, “If you wanted to specifically work in one muscle, then you could do that, instead of being forced to work on whatever.”

“I guess the instructional element…is helpful in some ways,” Freund says. But “I don’t think it’s necessary for the class, I think it worked fine before.”

Bicknell thinks that PLT4M will help Uni students keep exercising students outside of school. “I hear so many Uni students that say, I did nothing all summer,” he says. “An app’s not going to make you do anything, but I know some student’s, they really like…to be told what to do.”

“I don’t really enjoy following strict structure for things, like an app like that,” says Freund. “It’s not my kind of thing.”

The PE department is still determining whether they’re going to keep using PLT4M or not. According to Bicknell, “We need to find the most efficient way. And that’s why I need feedback from the sixth-period juniors.”