Counting Down the Top NCAA Surprises of 2018

After March Madness has finally come to a close, it’s safe to say that it’s been a ridiculous year of college basketball. 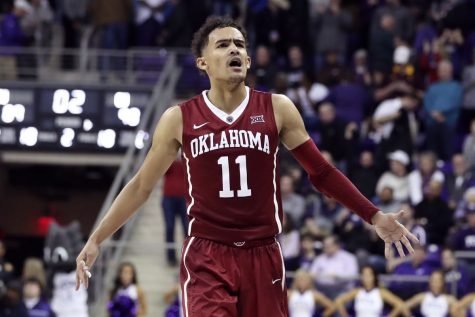 In fact, this year was so unexpected in terms of players and teams that it would be only right to make a list of most shocking moments of 2018. This is based on both my perspective and that of other Uni High students. Although I had difficulties narrowing it down to only 5 teams or players, here they are:

Clemson→ From the beginning of the season, Clemson basketball had been slowly regaining its reputation, winning 25 out of 35 games, finishing third in the Atlantic Coast Conference, and advancing to the team’s fourth ever Sweet 16 round. Led by Marcquise Reed and Gabe DeVoe, the Tigers are in good shape for the coming season

Keita Bates-Diop→ The Ohio State junior just finished the most phenomenal season of his career. With his explosion of production in 2018, Bates established himself in the handful of elite players in the Big 10. Because of his performance, he earned Big 10 player of the year and led his team to the 2018 NCAA tournament. After surpassing all expectations in the tournament, he is expected to be a top prospect in the NBA draft. Freshman Lucas Wood voted him as the biggest player surprise of 2018, saying that he was happy that “an underdog from the Big 10 performed at a high level”.

Trae Young → Virtually unknown heading into college at Oklahoma, Young took the basketball world by storm with his ridiculous shooting ability. Although this didn’t translate to the NCAA tournament, Young became known for his mind-blowing production, leading the entire nation in points and assists per game. Even so, Young kept one of the highest 3 point shooting percentages in the league, sitting around 36 percent. Going beyond this, it can be argued that because Young showed so much talent this year, he can be considered one of the top college freshman of all time.

Loyola → Loyola Chicago’s unexpected run to the national Final 4 against Michigan incited a thrill from fans across the nation that we haven’t seen in a long time. Uni Sophomore Steven Blanke summed up their season in a single quote; “ A real Cinderella story”.  Led by their biggest supporter and “mascot”, Sister Jean, the private school from Chicago seemed almost unstoppable, simply because of their will to win. Player Nick Dinardi even said that “Everybody in this [locker] room thought we were going to win the national championship”. Even though Loyola’s dream, unfortunately, died before they reached the national final game, Loyola fans can keep their heads high for the future.

UMBC→ The number one seed in the entire NCAA tournament, the Virginia Cavaliers, were not supposed to be beaten, much less in the first round. In one of the biggest upsets in college basketball history, Jairus Lyles scored 28 points and the UMBC Retrievers became the first ever team to beat the No. 1 seed as a 16th seed. Receiving most votes from Uni High interviewees when asked about the most surprising NCAA moment of 2018, UMBC’s miraculous night will forever remain set in stone as one of the most surprising moments in basketball history.