A Look at the Lost and Found

The Lost and Found is located in the first floor kitchen. Anyone who has lost an item of value, such as a watch, eyeglasses, or a calculator, should check with the receptionist in the Main Office. On the last day of the quarter unclaimed items will be donated to a service organization. Items of great value will be saved until the end of the school year.

Over Thanksgiving Break the three blue lost and found tubs were emptied and all the contents were donated to Goodwill. So if you were looking for your favorite jacket, try Goodwill.

The Lost and Found collects items that Uni students have lost. Over the semester full lunchboxes, pants, jackets, homework, umbrellas, water bottles and more are collected. Students often don’t look for their items but instead ignore it or send out lost emails. 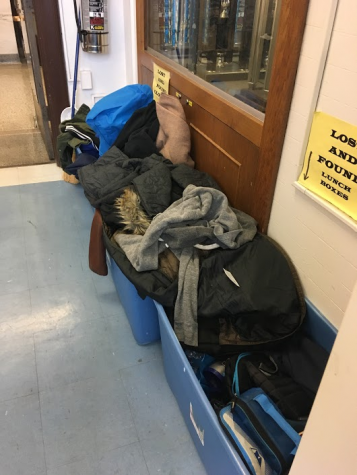 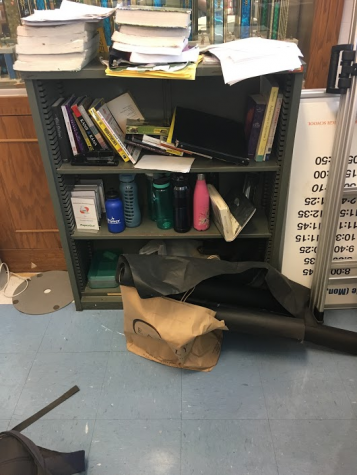 As a part of the Lost and Found, Uni has a shelf that collects miscellaneous papers, water bottles, and textbooks. Among this pile are seven Health textbooks and over 30 water bottles. 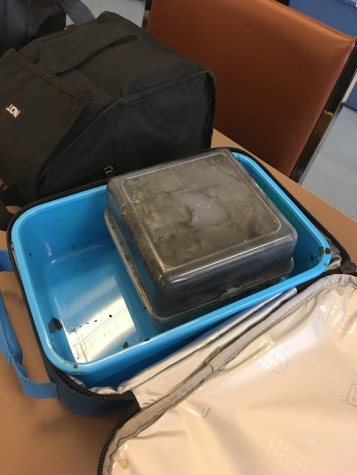 A moldy lunch box that contains a black-gooish remain. Inside the Lost and Found there were seven lunchboxes including this blue, moldy one. 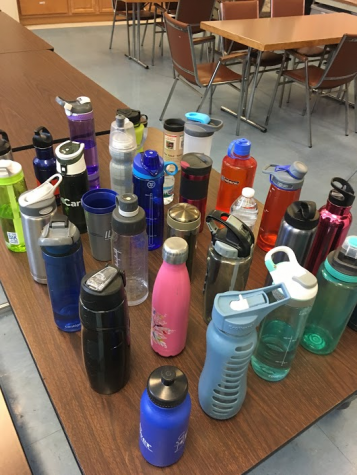