Students dress up for Halloween!

Wearing costumes to school is a yearly tradition that students greatly enjoy. On Halloween day students dressed up to show off their costumes and participate in the costume contest during lunch. 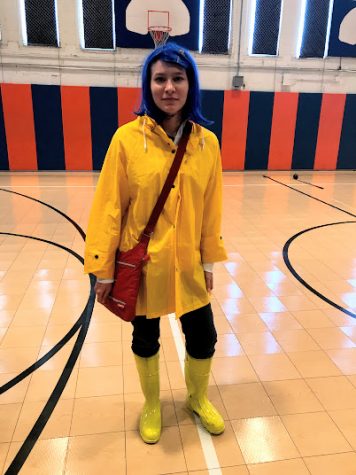 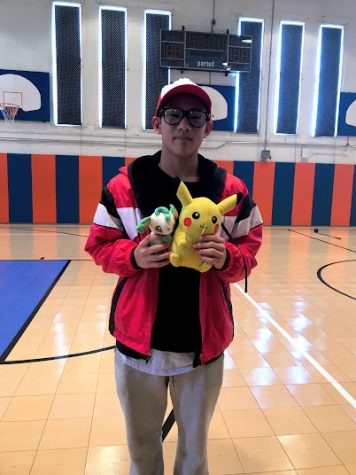 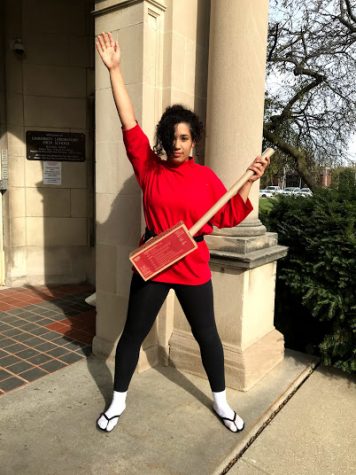 Senior Maya Greer as Kubo from Kubo and the Two Strings. 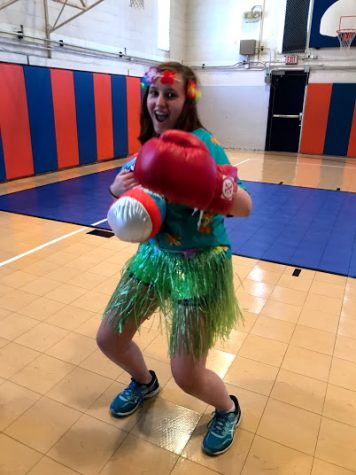 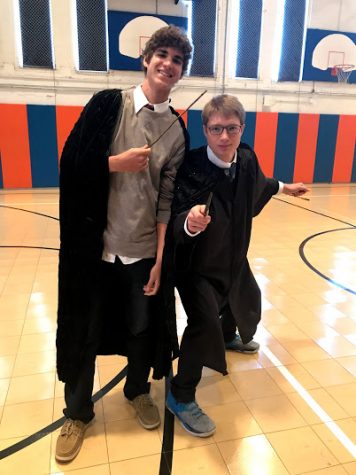 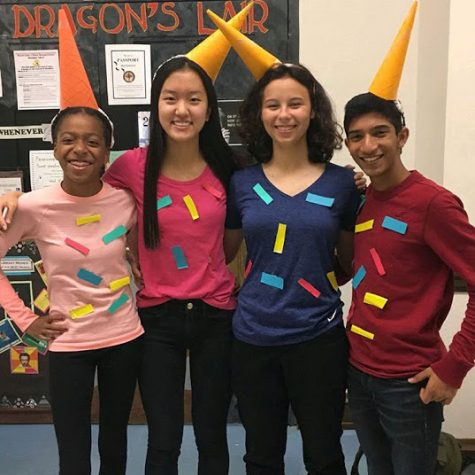 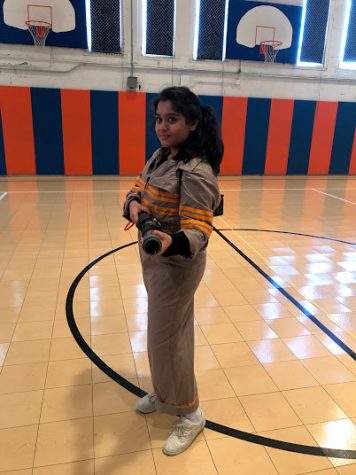 Subfreshman Ariana Mizan as a Ghostbuster. 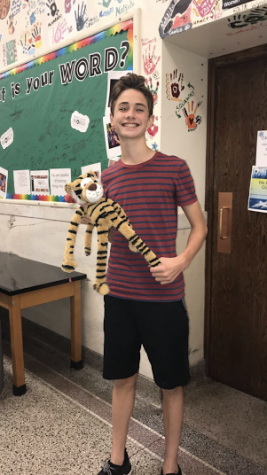 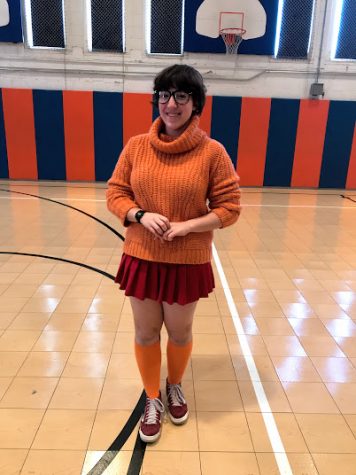 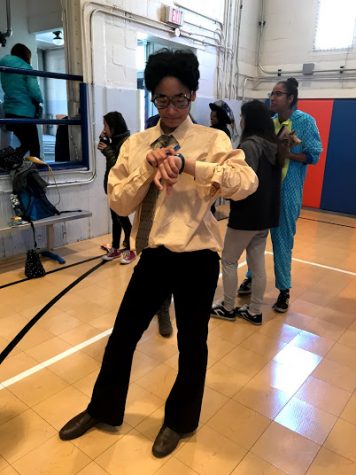 Subfreshman Ella Greer as Dwight Schrute from The Office. 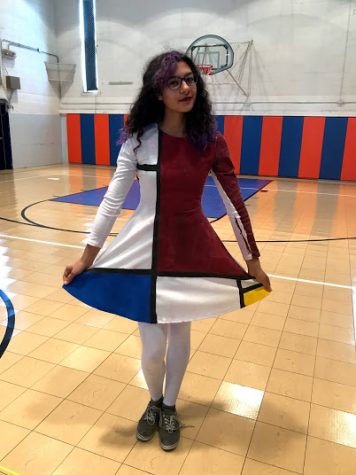 Junior Isabella Solis as a painting. 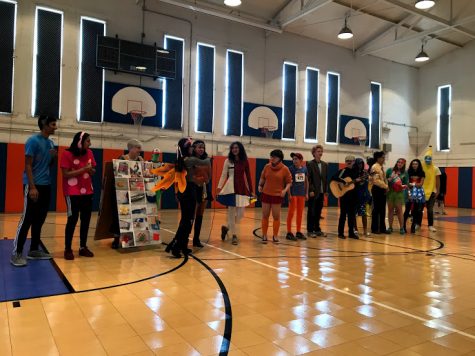 Students and teachers line up for the costume contest. 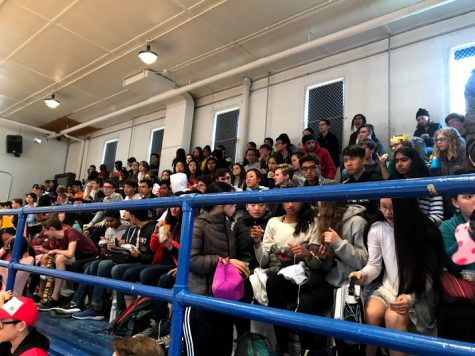 Students watch over the contest from the stands.

Winners of the costume contest: 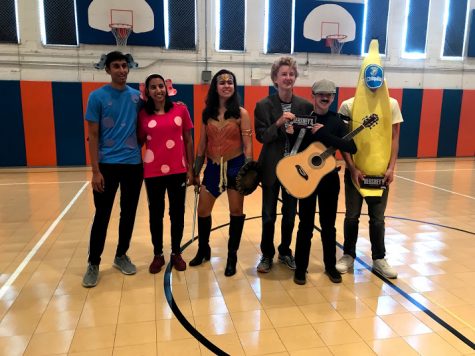 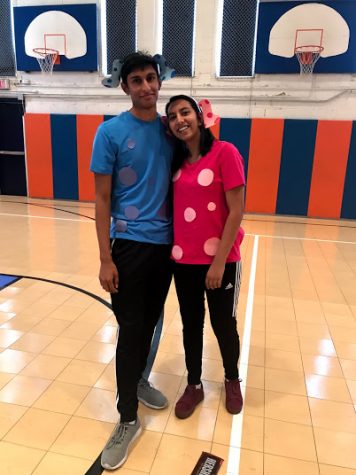 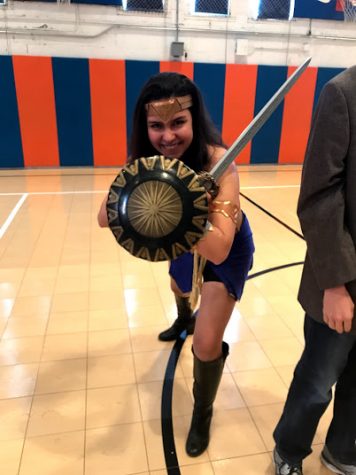 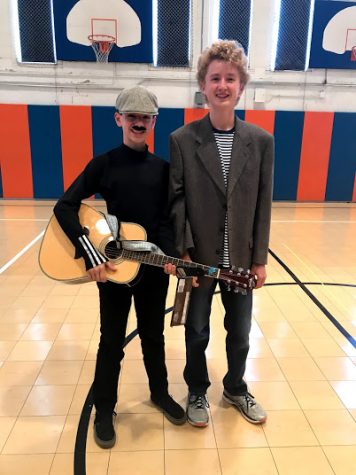 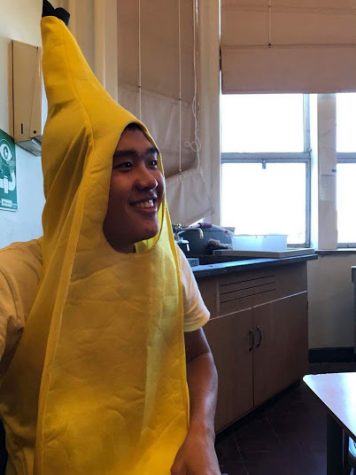 Senior Tony Li as a banana.