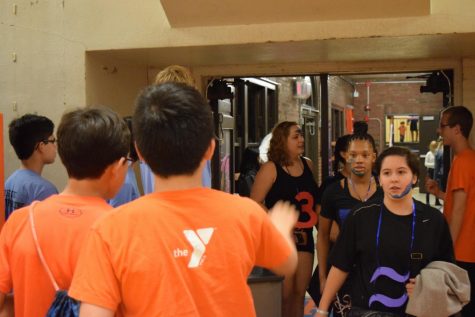 Students arrive in teams, ready to compete in the games and costume contest. 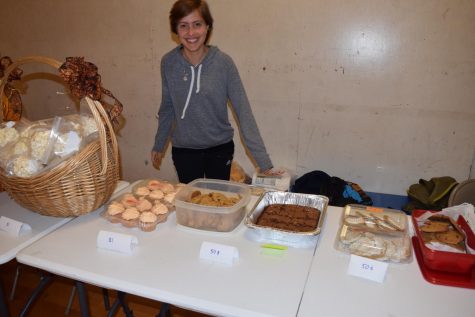 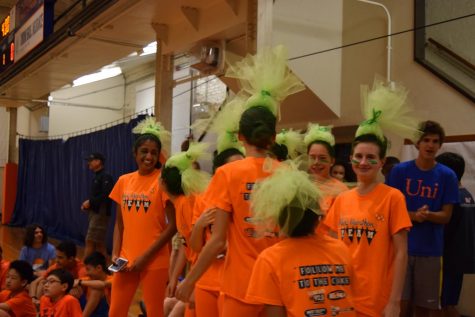 The Girls Cross Country Team displays their carrot outfits for the costume contest aspect of the event. 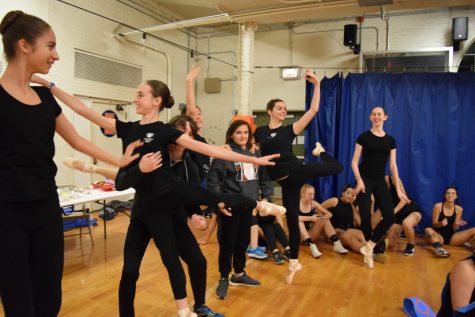 The Ballet team show off their skills while the teams are being introduced. 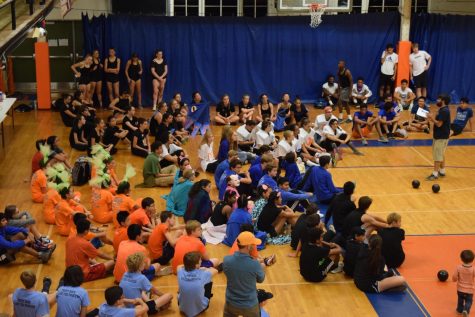 Teams and spectators listen as Mr. Leff introduces the mission of Habitat for Humanity. 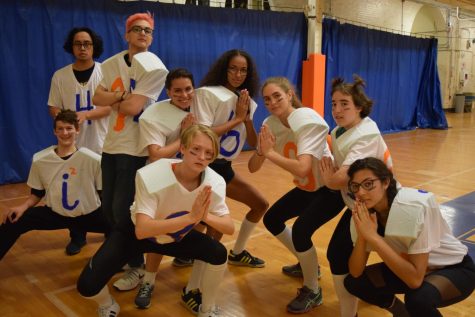 The Thespian team poses after winning the costume contest as Uni’s football team. 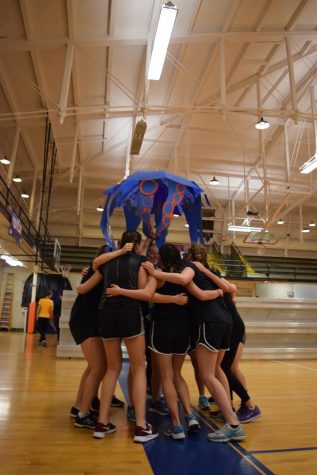 The Girls Swim team huddle before a game. 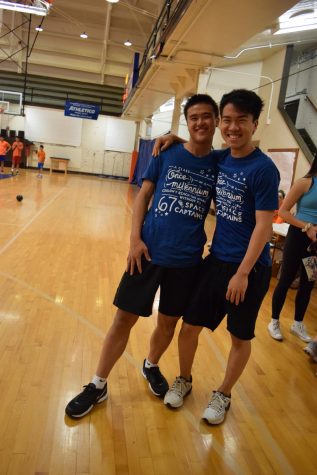 Senior boys, Tony Li and Austin Chen, show class spirit in their Class of 2018 shirts after the seniors beat the juniors in a game. 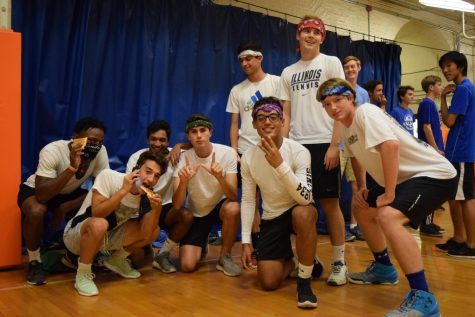 The Octoballers, made up of senior boys, defended their title as Habitat Dodgeball champions.