A dumb show for smart people 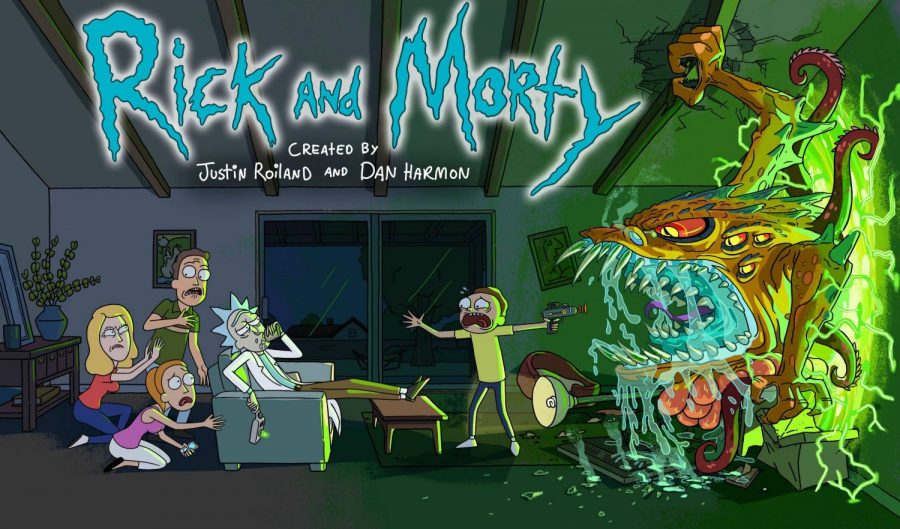 In the past year, one show has risen the ranks of TV shows quicker the the rest. That show is Rick and Morty. Right now, its popularity lies right under Game of Thrones. In fact, after each new episode aired, it constantly had the third most live viewers after NFL Football and Game of Thrones (according to TV by the Numbers). Surprisingly, aside from occasionally hearing about it, a lot Uni students don’t actually know what Rick and Morty is.

Rick and Morty is a sci-fi comedy TV show created by Justin Roiland and Dan Harmon. Its main characters are Rick, the smartest man in the world, and Morty, his stupid grandson. Together they go on many unrealistic adventures for Rick’s benefit.

On the surface, this show seems very inappropriate and immature. However, when you look deeper into the stories and plots of each episode, you find a plethora of hidden references along with scientifically accurate and factual ideas. There is so much “hidden” content within each episode that big YouTube channels like Wisecrack have whole series and even podcasts dedicated to breaking down each episode.

On top of all this, Rick and Morty has accumulated an immense, loyal, fan base in a short amount of time. So big in fact that after one episode aired featuring “szechuan sauce,” a sauce McDonald’s released in 1998 to go along with the release of Mulan, fans started making petitions to bring it back. On Change.org, there are multiple petitions for this cause, the highest signed having 44,000 signatures. There were also many other petitions for the same cause with upwards of 38,000 signatures.

Rick and Morty seems to have grown a lot in very short amount of time, which is true, but it seems more and more people are starting to watch the show, attracted by its already immense popularity. Popularity that has even resulted in memes of the show. This show will only continue to grow as the story line becomes clearer and clearer. Until then, you can just read all the fan theories of what’s going to happen