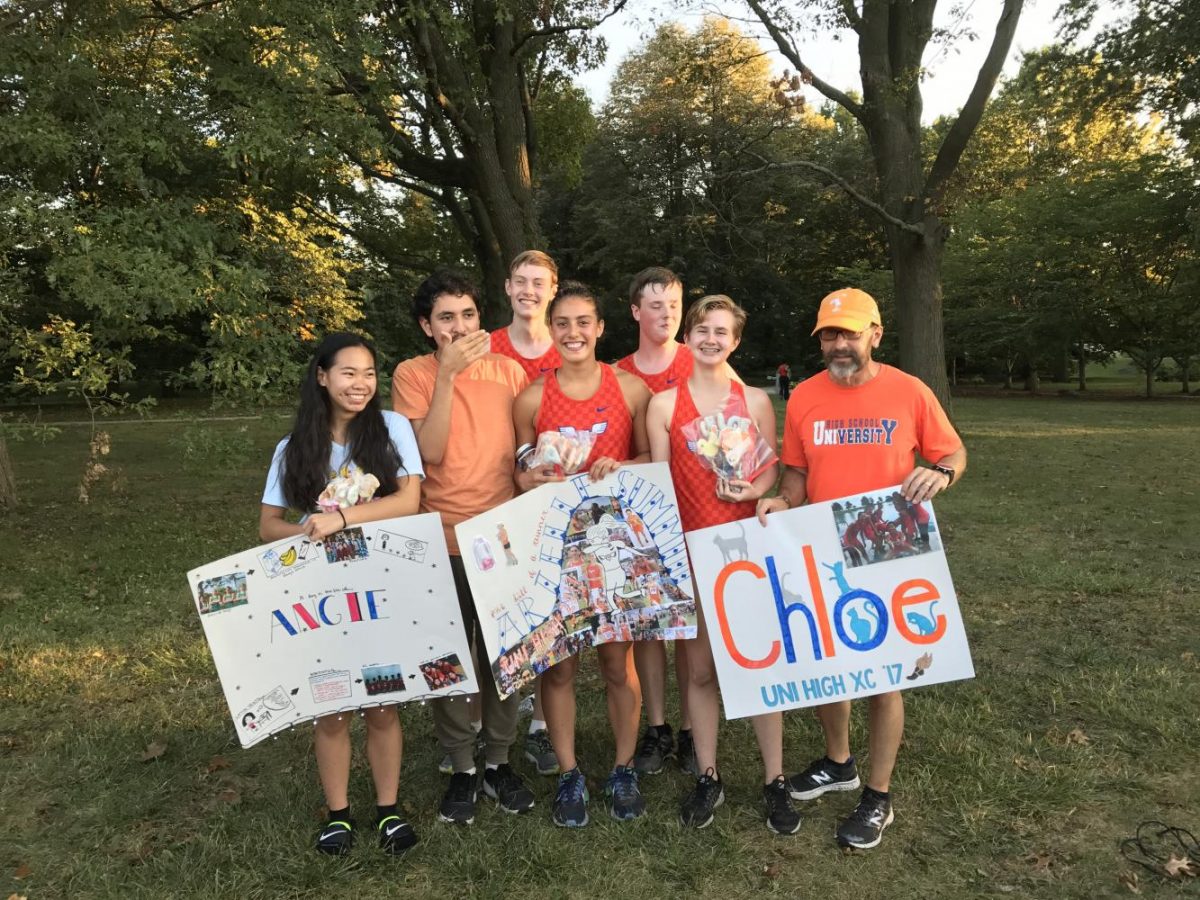 Senior night was a blast. For Brian Zilles, Grant Allen, Vicente Aldunate, Arielle Summitt, Angie Song, and Chloe Polluck-Muskin, it was their last cross country senior night. Some of them felt sad once it was over.

“It’s kind of nostalgic being up there and having a speech delivered to me because I’m normally the one giving the speeches and giving the raps,” said Arielle Summitt.  “It makes it feel real that I’m a senior, and that i’ll be leaving next year, which is kind of sad.”

Junior Henry Kraatz states that, “I’m really gonna miss Grant and Vicente [the seniors.]” He feels that he “learned a lot running with them.”

However, for others, it was just a very exciting day. Vicente Aldunate said that he was “Not even remotely” sad and he even felt a “rush”. Others like Angie Song said that senior night was “a little surreal” and was “really exciting.”  Despite all of the excitement, some of the seniors felt a little bit awkward during the process.

“All the attention was on me. It was nice but also a little bit awkward when I was getting my speech because I didn’t know where to look,” said Chloe Polluck-Muskin. She also felt that this was like the end of a chapter. She states “I’m not going to run on a D1 team in college, but I’ll still do intramural or find some people to run with, but the competitive cross-country chapter of my life is ending.”

Despite all of this, many of the seniors felt relief.  Vicente felt really good because after the speeches, he realized that “the cross-country team is full of cool kids and they think I’m alright”. Grant Allen states that “I’m glad that everyone thinks I’m doing a real good job.” Even though he says that it felt “weird”, he still thinks that the cross country senior night went well.